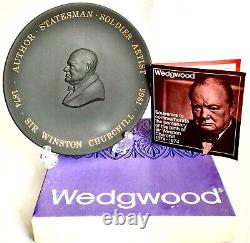 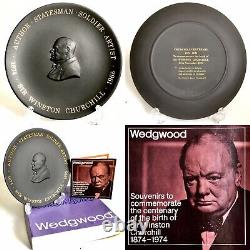 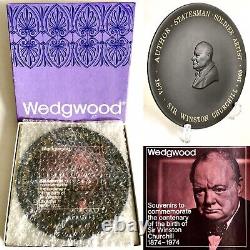 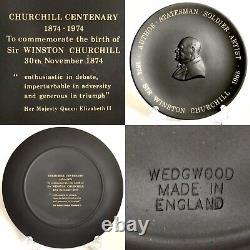 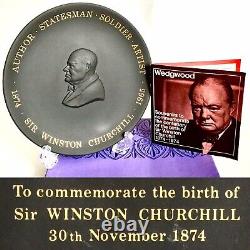 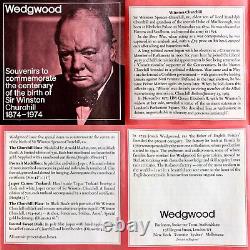 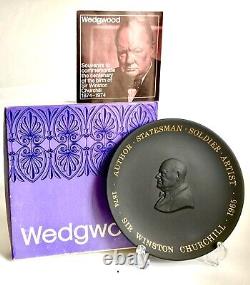 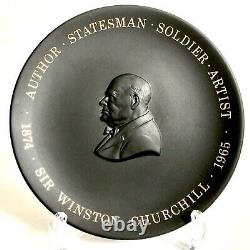 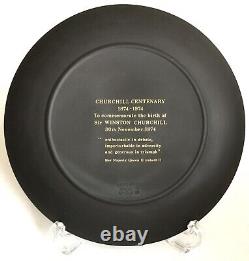 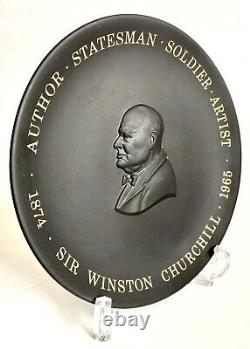 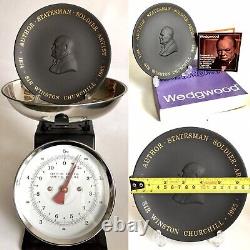 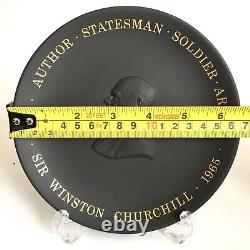 Lovely quality vintage (1970s) plate commemorating the centenary of the birth of Sir Winston Churchill. In perfect condition as shown in 12 sets of photographs attached.

Please browse all photographs for size, weight and condition as they are self explanatory. Fully boxed and complete with original packaging despite being close to 50 years old! Sir Winston Leonard Spencer-Churchill (30 November 1874 - 24 January 1965) was a British politician, army officer, and writer. He was Prime Minister of the United Kingdom from 1940 to 1945, when he led the country to victory in the Second World War, and again from 1951 to 1955. Apart from two years between 1922 and 1924, Churchill was a Member of Parliament (MP) from 1900 to 1964 and represented a total of five constituencies.

Ideologically an economic liberal and imperialist, he was for most of his career a member of the Conservative Party, as leader from 1940 to 1955. He was a member of the Liberal Party from 1904 to 1924. Josiah Wedgwood and Sons, commonly known as Wedgwood, is amongst the world's most famous fine china, porcelain, and luxury accessories company founded on 1 May 1759 by English potter and entrepreneur Josiah Wedgwood.

Josiah, the youngest of 13 children, founded his company in 1759. He was a perfectionist who took 3,000 attempts to get just the right shades of chalky blue and sage green for his most popular Jasperware. He made his name when he manufactured a tea and coffee service for Queen Charlotte, wife of King George III. Her Majesty was so impressed she allowed Wedgwood to use the title Potter to the Queen.

Soon other royal households, including Russia's, were clamouring for Wedgwood pottery. Josiah was a benevolent employer who built good homes for his workers but he could also be a demanding taskmaster. If a vessel did not meet his exacting standards he would smash it and shout: This will not do for Wedgwood! His company became the first to innovate the perfect mixture of fine bone china which was both durable and beautiful to the touch. Before he succumbed to cancer in 1795 Wedgwood passed his company on to his sons.

Many descendants were directly involved in the business over the years and it thrived throughout the 19th and most of the 20th century. Were it not for a bout of smallpox the name of Josiah Wedgwood would have been lost in the mists of time. The disease severely weakened his leg and he was unable to work the pedal of his potter's wheel. Faced with the loss of his livelihood the enterprising apprentice turned instead to designing ceramics.

Josiah had a keen eye and an interest in the latest advances, such as new glazes. His designs were unlike the typical clunky wares on the market in the early 18th century and were soon gracing the homes of the aristocracy and royal palaces. Production at Etruria Works in Stokeon-Trent, Staffordshire, could barely keep pace with demand. Quite simply Wedgwood is considered the finest potter to have lived and his name is famous far beyond these English shores. The vast Wedgwood collection of pottery, art and manuscripts is regarded as one of the most important industrial archives in the world.

The names were merged to become Waterford Wedgwood with a workforce of almost 8,000 at its peak but its fortunes began to decline. On 2 July 2015, Fiskars Corporation acquired WWRD.